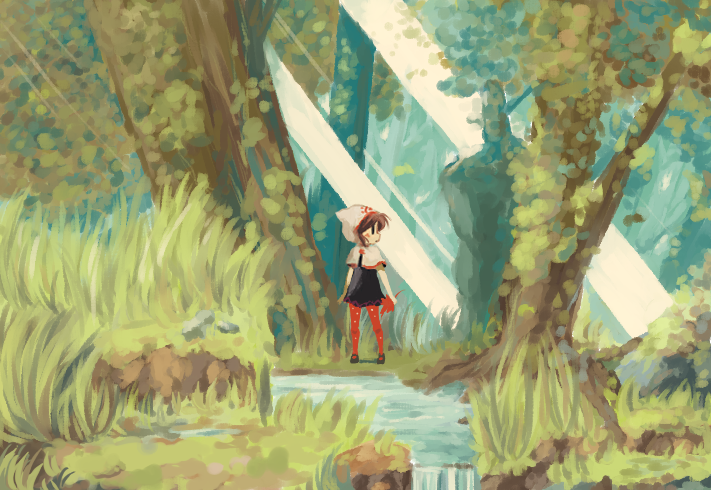 Last week Jason covered the Momodora franchise, in his on-going “Women in Video Game” series. This week we’re featuring his interview with Momodora creator rdein (@rabbit_nabokov), about the series and the state of Momodora 4. Enjoy!

rdein (RD):       Bombservice is a small group of people who have been making games for some time now. I believe we formed as a team around the time I was making Momo 2, or a bit before that, really. Right now we are four people: me [rdein], hammu, PKBT and Elektrobear.

RD:      Well, I was already making my own stuff and posting to websites like Tigsource, a lot of unpolished stuff, because I was still learning the basics of coding back then. I met PKBT on their IRC and we liked similar stuff, so we’ve just been working together ever since. Around the time we were working on Momodora 2, we were in need of a musician for the game. Again, I asked on the Tigsource forums and ended up meeting Elektrobear. Momo 3 followed a similar pattern. I wanted the game’s graphics to be more polished, but I’m personally really bad when it comes to making animations. I asked on Twitter for help and found hammu.

The way we work nowadays is completely messy. (Laughs) The programming tasks are shared by me, PKBT and hammu. I make most graphics, and hammu animates stuff. The sound part is also shared by me and Elektrobear.

JG:       Nice; things can come out of organized chaos.  Besides Cave Story, what else inspired the Momodora games?

RD:      It’s hard for me to track down the inspirations. There are many things [I’m] inspired by: books, movies, comics, etc. Gameplay-wise, Mega Man, Castlevania and Dark Souls are often big sources of inspiration. The art in Cave Story is really nice, in my opinion, and it does something that I personally enjoy a lot: flat color blobs. In terms of visuals, both Cave Story and Wind Waker are games that inspire me a lot. It feels really comfortable to work with masses of colors to depict characters, I guess.

The artwork in Momo 4 is just a size-evolution of that principle. The character art is bigger overall, but the amount of detail really isn’t increased that much.

JG:       Plus with that art style, the games tend to age really well.  Just look at Mario 64 and Tomb Raider, both from the same year, but Mario 64 doesn’t need “nostalgia glasses” to enjoy today.

Each [Momodora] game shows a great amount of progress, besides the graphics, what other improvements are happening between Momodora 3 and 4?  (Please say native controller support!)

RD:      H-hey, there’s native controller support in Momo 3! At least, it’s what some people have reported (for 360 pads, that is). But yeah, one of my goals with Momo 4 is to improve every aspect possible in comparison to the previous games. We are doing lots of experimentation with pixel shaders, more visual effects, bigger enemies and bosses. Of course the improvements will cover controllers as well. You’ll be able to pick keyboard/controller at any time and change the key bindings etc.

In terms of gameplay, we are expanding the “inventory system” of Momo 3, adding new quirks to it, that kind of stuff. The combat gameplay feels a lot more different now too because you have the Leaf and the Bow, you can crouch, and roll through enemy attacks. There are many improvements in terms of controls/visual feedback, I think.

The sound department is still very much in its early state, but I have my goals in this area as well, trying to do as many sounds as I can for the game. For example, the footstep sounds change depending on surface. [I think] little things that you’d normally never notice, but they make a difference.

JG:       What went into the character creation for the series?

RD:      This is the hardest question to answer. (Laughs) I design the characters based on my judgment of what would fit best for the game world. Most of the times I have to pass around a design through a lot of people to get feedback and such. Because there’s no deadline to finish the games, or much external pressure, sometimes many things will be changed as the game progresses or even completely abandoned.

Left: Example of character that was scrapped in Momo 3 beta version. Right: Another scrapped gameplay concept, the grappling flower.

JG:       I’m guessing the grapple flower was scrapped because the circles kind of stuck out a bit?

RD:      Grapple flower didn’t work because a lot of people couldn’t quite “get it.” It was hard to teach people how to use it.

JG:       In designing characters that are correct for the games universe, what made you make Momo and Dora women?  I know that is an odd question, but when I started preparing this column, I categorized all my games in Steam and found out I had only 18 out of 320 games with a female protagonist. That’s actually how I found your game, looking new titles for this column.

RD:      Well, I usually make my characters girls because I think girls are cool. There isn’t much more to it, to be honest. It’s a very natural process. If I think, “this character is the guardian of this sacred bell”, I will start drawing and then suddenly it’s a girl. (Laughs)

JG:       Couple of questions, about Momdora 4.  How has Patreon helped, and will Patreon supporters get Steam Keys when the game comes out?  Let’s try to get some new supporters!

RD:      The Patreon is a nice side support! It actually means a lot to have people who believe in our work and are willing to help us develop the game. About Steam Keys, I’m still not sure. If I’m not mistaken, Patreon has some sort of tracker that displays how much you’ve given to an account in a lifetime. I will probably give keys according to the total pledged by each person!

There you have it! Momodora 4 is an independent game financed by the creators and with player support. With so few games featuring female leads, Momodora is one of the few franchises that do. If you can, reach deep into your hearts and help make this fourth game happen, funding can be given on Bombservice’s Patreon page.

If you haven’t played them, you can download the first two Momdora games from Bombservice’s website, and you can purchase Momodora 3 through Steam.

Til’ next time, support these indie developers and play away…

Disclosure: I have no material connection to the game reviewed and did not receive a review copy. 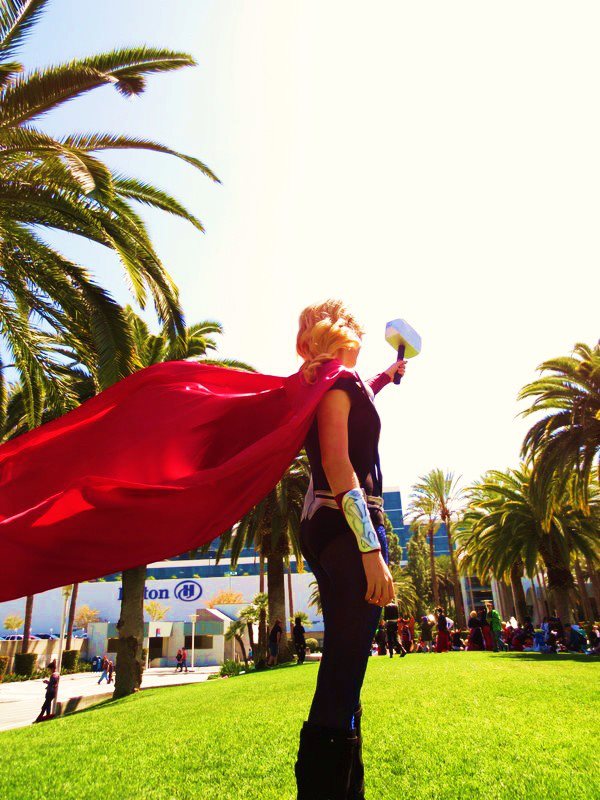 E is for Exasperated With Technology 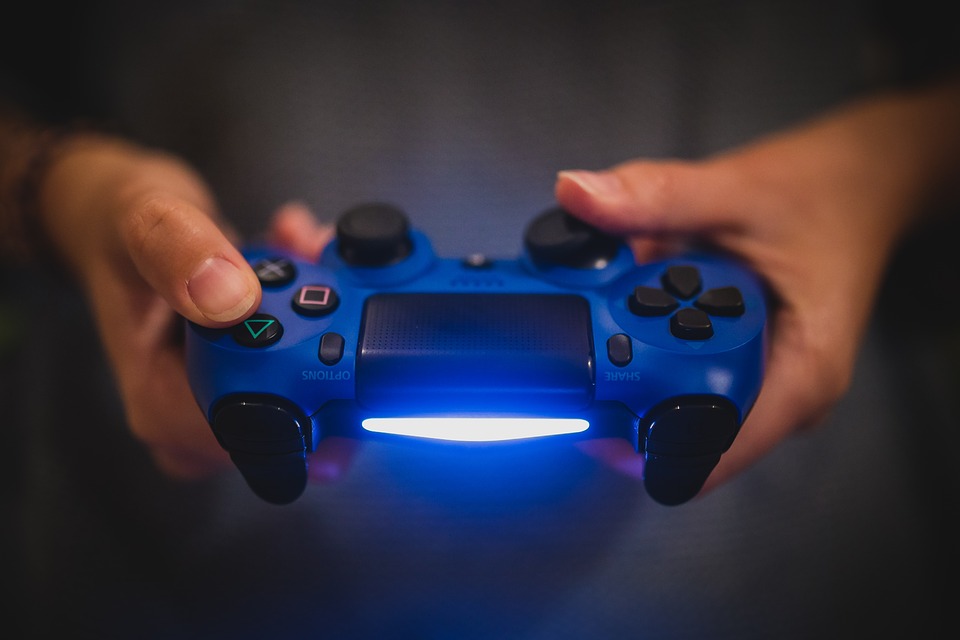 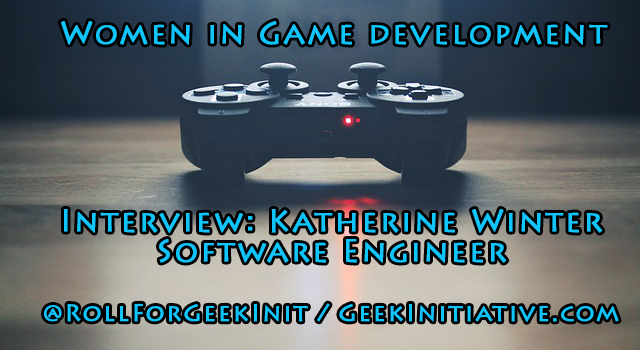