Everyone has a true self, hiding behind the surface mask they show. What do you really look like? Find out in this faefolk digital larp.

An awakening of magical powers creates a surge of dealmaking activities that affect mortal and immortal worlds. Play an iconic faefolk intertwined with history, unpack a trope like the tooth fairy, or be a mortal caught in the dream-web of these beings.

We all have a specialty. When some people look at me, they see a bare-breasted symbol of defiant liberty wrapped in a tattered flag. Others see a quiet dawn framed under a silvery moon, igniting a less passive tomorrow.

In short: I create revolutions.

What do you do? 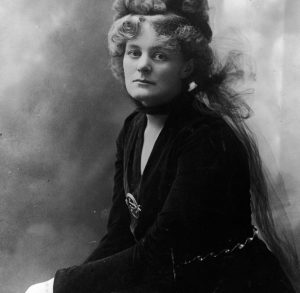 When I was young, people told me I had fae blood. I tended to bargain with a distinct diplomacy. I wanted to dawdle in the woods. I consumed an inordinate amount of sweet dairy.

Some of the people who told me this seemed so analytical: adults who refused to believe in Santa Claus or even leprechauns.

They told me those stories anyway: the leprechauns are watching you, they said. (Apparently that was their job until it was Christmas time, when the elves took over.)

What they didn’t understand is that the leprechauns weren’t monitoring me. They were serving me.

I have come of age now—not in the mortal way, where people say that to mean a woman is old enough to be traded into marriage, rut within the ungodly confines they place on her, and produce a child. For the fae folk, it means I am wise enough.

We discover things about ourselves that we always knew. We want to share our gifts with the world, but in this political climate, we can’t stop hiding ourselves. There isn’t that luxury—but we have our own brand of usefulness.

We all have our own brand of otherworldliness. I’m a leanan sidhe, and I’ve inspired and influenced much of the top talent you know today—sometimes in entertainment, otherwise politically. There’s always a price for that inspiration. Sometimes the artist pays, but sometimes the cost is passed on.

I used to be known as Maud Gonne, social spitfire of the Easter Rising in Ireland and muse for one W. B. Yeats.

Yeats was interesting: he had a pull on me, the way I do with many mortals. I still search for him in my dreams. And dreams go somewhere, don’t they?

What do you dream?

We come to know our truth in the dream world, which is where we meet today.

What is your truth?

This larp is a digital larp (see more about how that works here, including important safety information) and it unfolds in three acts. Your quest: Survive—and find your truth.

Emergence: Players appear in the dream world with their masks. You are unable to physically touch one another, but communication is possible, if not always clear. You are given a path to make deals to further your goals and empower yourself if you choose, but deals only work when you set aside your mask and reveal your true nature.

Dealmaking: in this phase, you may negotiate with the fae monarch and others to achieve your goals—or to help or harm others.

Dreaming: Before leaving the dream world, you have the opportunity to leave behind dreams for others, be they those present, or mortals or immortals on other planes.

This is a continuity larp, and the dreams you leave behind will influence other sessions and game worlds.

This larp will not be streamed.

This larp requires a single prop: a mask. This doesn’t have to be an expensive or extravagant item, and alternative takes on “masks” are quite welcome. Face paint representing a mask is also encouraged, so long as you can remove it when needed. A mask can even include a digital filter or add-on when this game is played digitally. We encourage creativity.

Your costume is up to you. Appropriative costumes and makeup are forbidden. Blackface or any other unnatural toned skin darkening will result in an immediate ban from all TGI events.

We want you to be comfortable.

Be prepared to wear your mask in session one and have it at the ready for subsequent sessions.

Unlike most of TGI’s larps, this one has several pre-cast characters. You can still create your own; but we encourage you to select a trope, creature, or figure from lore, pop culture, or history and put it into play. No copyrighted characters are permitted.

Most of these roles are gender neutral, and you are welcome to play them to suit your real life gender, a gender identity you are exploring, and/or your own preferences.

One participant per run may select the monarch ticket. This ticket enables that participant to portray fae royalty. The monarch receives a scripted guideline regarding how they may conduct deals with the others. The storyteller/GM character remains Maud Gonne; though influential, she is not the leader: that person is the monarch.

One participant per run may select the Sandbeing ticket. This is an antagonistic role; this character has brought all of us to the foggy land of dreams. You should be comfortable playing an antagonist and driving massive plot if you select this ticket.

Characters range from grim to lighthearted, and we’ll match you with a character to help you explore truth as you see fit.

All characters, mortal or fae, receive a true name, secret, domain/talent, and a goal, making this digital larp a bit more structured than previous TGI creations.

You may bring a returning character from Hellfire & Happiness or First Bite, Second Birth.

Need to switch runs? We discourage it because it’s logistically a bit difficult for us, but we understand that emergencies happen. To request a switch, fill out this form. [Link forthcoming.]

Much of the communication surrounding this larp will take place on Facebook. Please join our group to fully participate. 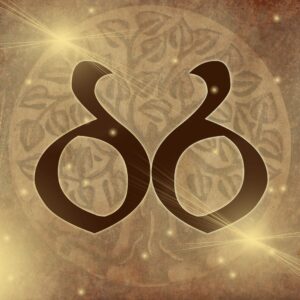 Dealmakers and Dreamers: A Faefolk Digital Larp is created by Tara M. Clapper and The Geek Initiative. Characters are written by Michele Mountain (with “Sock Fairy” concept by Maury Brown, used with permission) and Tara M. Clapper. Art by A. Wayne. Administrative support and creative feedback by Shayna Cook.