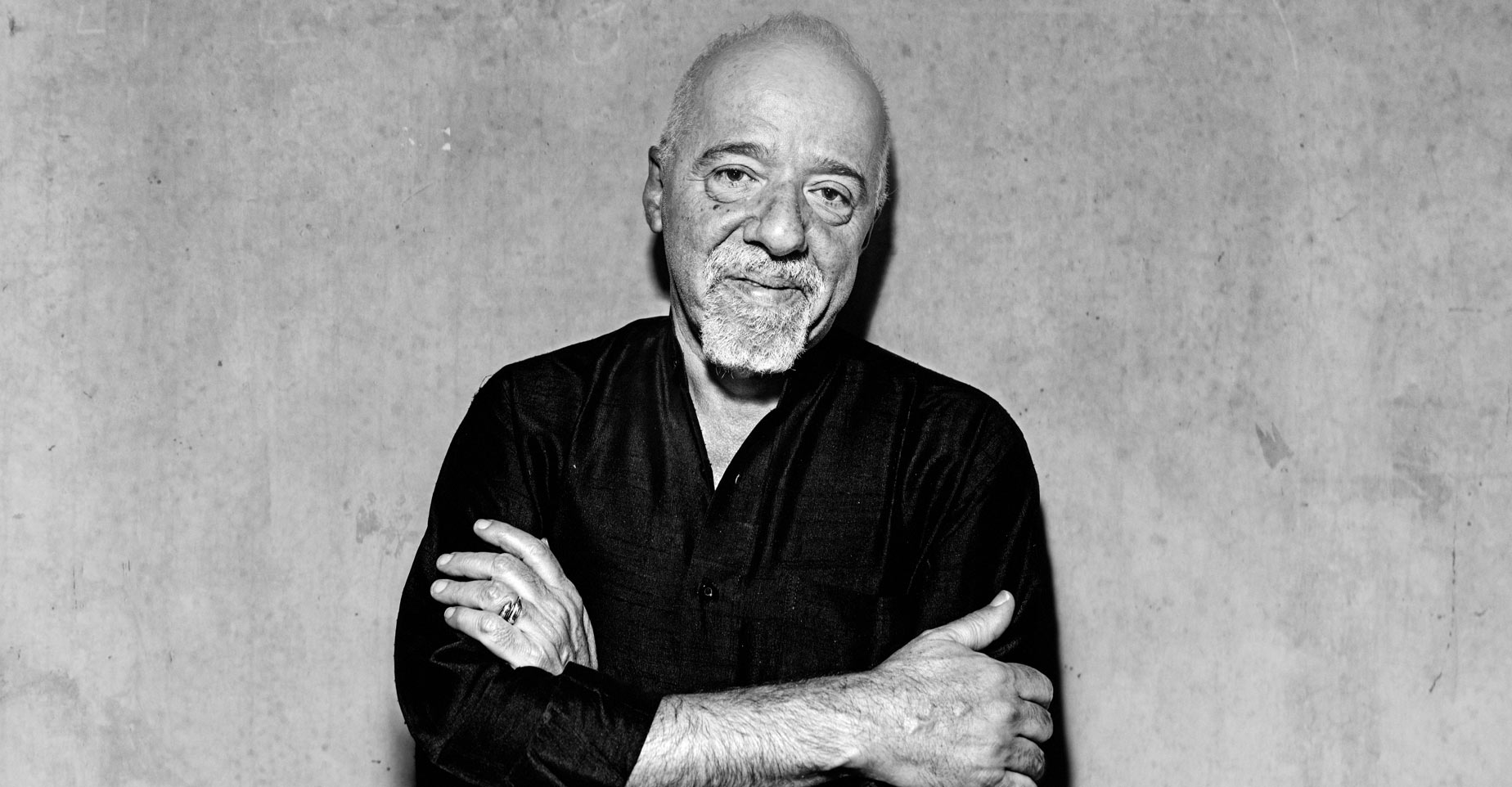 Paulo Coelho’s Adultery examines a womyn’s dull reality while forced to reexamine her newfound choices which affect all aspects of her life. Coelho’s writing techniques motivate his readers to question their lifestyles as well, although many of the commentary and reviews about this novel are too negative for words.

Adultery opens as we meet Linda—a journalist for a respectable Swiss newspaper—and her daily routine and mini-autobiography,

Every morning, when I open my eyes to the so-called “new day,” I feel like closing them again, staying in bed, and not getting up. But I can’t do that.

She discusses her loving husband, her children, family habits, and work.

My name’s Linda. I’m in my thirties, five-foot-eight, 150 pounds, and I wear the best clothes that money can buy (thanks to my husband’s limitless generosity). I arouse desire in men and envy in other women.

And yet, every morning, when I open my eyes to this ideal life that everyone dreams of having but few achieve, I know the day will be a disaster.

Her so-called “fairy tale” life comes to a halt. After an interview with a famous writer who states, I haven’t the slightest interest in being happy. I prefer to live life passionately, which is dangerous because you never know what might happen next.

The day after the interview, Linda realizes that she never takes any risks.

I know what lies ahead of me: another day exactly like the previous one. And passion? Well, I love my husband which means that I’ve no cause to get depressed over living with someone purely for the sake of his money, the children, or to keep up appearances.

…And so on. Over the course of the novel, Linda slowly realizes the heap of boredom and loneliness she has grown accustomed to. In addition, she runs into her former boyfriend, Jacob König. Also suffering from unhappiness, König’s political career is increasingly on the rise and the two rekindle their passion once again through an illicit affair. Linda’s life and mental stability spiral out of control as the affair takes over and threatens her life. Her struggle now is “to confront deep emotions and to make a choice.” 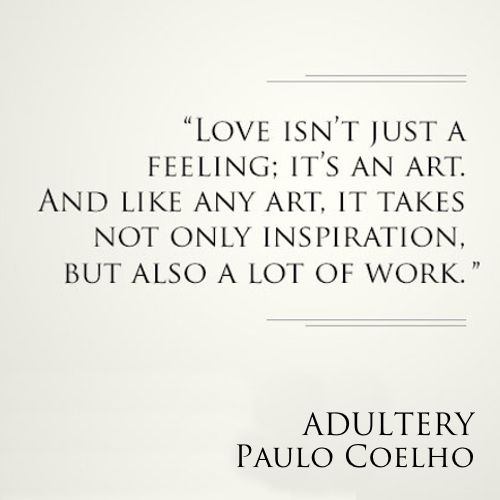 After I first read this book, I decided to look for other novels Coelho has published throughout the years and stumbled upon Goodreads’ reviews on Adultery. Through the hundred or so comments I meandered through, many readers stated that the book was a waste of time and that they were glad to have downloaded for free as a PDF file. In so many words, readers quoted “this is just like every other one of his books.” But is it really?

Let’s examine where this assumption may arise from.

Strong Characters and Their Desires to Search For Deeper Meaning 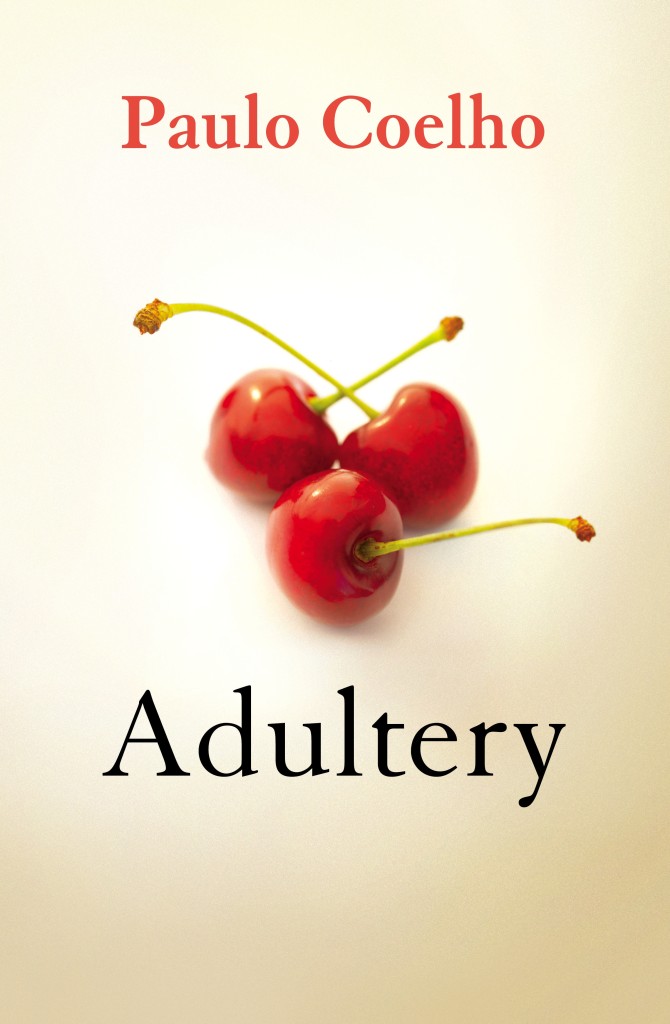 From characters such as Brida from Brida to Athena from The Witch of Portobello, each one of these female characters has a tenacious grasp to find meaning to their souls and reason(s) for living. Brida wants to learn the path of becoming a witch and while on her journey, she encounters two men – one whom is one her teachers and understands her path and the other, an “ordinary” man.

As a part of her training and to experience ecstasy, she is required to reach orgasm and to achieve absolute stillness and free-form. Athena on the other hand, was adopted by a Muslim family who was originally born in Romania to a “traveling” womyn (in the book, the term g**sy is often referred to). Early in her life, she has a husband and son, divorcing after a short time of marriage.

Traveling the world with her son, she relies on numerous mentors and (male) friends to teach her the unknown energies and the sacredness of the world.

A more familiar example would be Santiago from The Alchemist. A boy who has a recurring dream travels to the pyramids of Egypt in search of his treasure to achieve his Personal Legend while learning about the Soul of the World.

These three characters do not begin by leaving relationships as Linda begins to question her life, but meeting a variety of people along their journeys. Linda is probably one of the most relatable characters to womyn who’ve been married for years, had children, and are accustomed to their routine, stably. Her life was boring! This novel is all about her journey to learn how to live.

The Constant Questioning of Oneself

It’s the same with book authors. Coelho has a tendency to repeat major revelations throughout his books and that can get somewhat repetitive. Adultery is told from the perspective of the first person, in this case Linda. She struggles with her routine lifestyle and looking for more of what life has to offer.

Given Linda’s depression, it does make sense for the narrative to repeat what is bothering her. Out of the majority of Coelho’s characters, she has one of the most grueling stories.

Many people are accustomed to believing that aspects in our lives happen for a reason and Coelho uses that to his advantage. In his book Aleph, a famous writer travels by train across the Siberian terrain, by train, and meets one of the womyn from one of his past lives. One of the things Linda lacked was being able to escape her reality through visions and dreams. She’s consistently thinking about her encounters with Jacob and what to do about her marriage and personal life. Her travels were with family or to meet with potential interview participants for his newspaper articles. Simply put, she’s stuck.

The most significant difference between Linda and Coelho’s numerous other protagonists is that we are meeting Linda at the beginning of her journey in modern-day times, while the others whom are living in various time periods (including the Aleph) whom are on a path of soul-searching while Linda wants to have a better life in general.

The story of Adultery is one about wanting what you can’t have and when you have something, you’re in the position to ask “what now?” When you look at your life, you’ve been told since childhood to find a good companion to marry, have children, and obtain a good job—with the exception of enjoying what you do for a living. A living. What does that mean? Many people work for a living, but how do they live outside of that bubble?

Disclosure: The reviewer received a copy of the book for review.