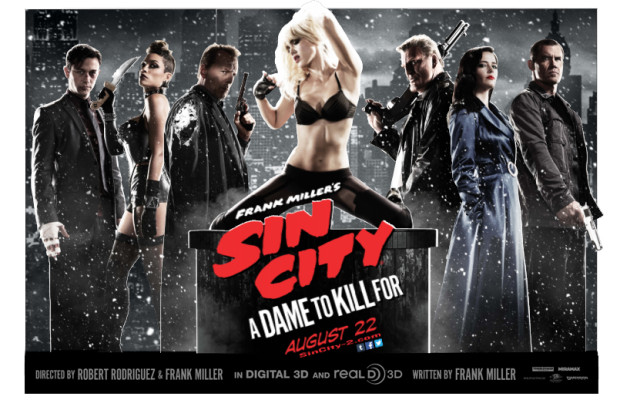 I make it no secret that I am not a fan of the work of famed comic book writer and artist Frank Miller. I’ll admit the man has written stuff I’ve enjoyed, The Dark Knight Returns being a good example, but aside from those very few exceptions, I find the man to be a terrible writer, a sub-par artist at best and quite frankly, a loathsome human being. His body of work is riddled with blatant sexism and racism, gratuitous sex and violence and abysmally written dialogue. Pretty much all of Frank Miller’s stories can be described as “The Exploit of a homicidal and possibly racist lunatic who thinks he’s Batman shouting at or about prostitutes.” Of Frank Miller’s work, Sin City is possibly his most well known and most definitely the most representative of the tropes present in all of his other work. In 2005, there was a film adaptation of Sin City. I did not see that movie. I did however see its recent sequel, Sin City: A Dame to Kill For, which brings us to today’s subject.

This movie was not very good. However, as a writer, a critic and an amateur film scholar, I feel it is my duty to review this movie as objectively and fairly as possible despite my personal issues with Frank Miller and his writing. As such, I will begin by outlining a few of the positives of the film.

For starters, the cast of the film is very strong and most of them turn in a solid performance despite what they’re given to work with, the standouts, for me at least, being Mickey Rourke, Joseph Gordon-Levitt, Eva Green, Dennis Haysbert and my personal favorite, Christopher Lloyd.

What I’m saying here is, despite our friend Mr. Miller at the helm, this movie is not without talent. What’s more, the art direction is incredible, bringing to life Frank Miller’s art style almost flawlessly. I’ll say this for Frank Miller: his artwork may not be very good, but it is striking and memorable and has a very unique style. Personally, I’ve never quite cared for it, but when it comes to something like Sin City, which is already meant to be heavily stylized and gritty, it actually works. The random use of color throughout an otherwise black and white film is a little distracting at times and doesn’t really make a whole lot of sense, but aside from that, visually, the film is feels like a live action comic book brought to life.

As I said before, I have not seen the movie and I only have a passing familiarity with the comics. I know enough about the Sin City comics as well as Frank Miller’s work in general to get the basic idea, but for the most part, I came into this as something of an outsider, so that is where I am approaching this from. As such, if I seem like I do not understand something that would be obvious to someone who has either read the comics or seen the first film, that’s why.

Anyhow, In keeping with it’s origins as an anthology series, the film adapts three separate stories from the graphic novels: A Dame to Kill For, The Long Bad Night, and Nancy’s Last Dance. There’s also a prologue featuring Marv, one of the more iconic characters of the series. Despite him being written the most like a typical Frank Miller protagonist, I found I actually liked the character of Marv. A lot of that is probably due to Mickey Rourke’s acting, but I also find the character to be so over-the-top Miller-y that it almost comes off as parody. He’s not unlike Deadpool, in that he’s a violent psychopath who kills people for fun but is written in such a way that he’s not meant to be taken seriously and, as a result, becomes somewhat endearing.

That said, other than establishing the sort of place Sin City is, the prologue is completely superfluous to the story and only serves to subject it’s audience to horrendous and needlessly repetitive Miller dialogue. Frank has always struggled with the concept of “show, don’t tell.” Instead of allowing the artwork to convey the emotion, he has his characters narrate to themselves about how they’re feeling. The problem is, Frank Miller doesn’t quite understand how to convey emotion properly through dialogue so the narration comes off as stilted and repetitive.

After the prologue, we get our first story, The Long Bad Night, the story of a cocky and unrealistically lucky gambler played Joseph Gordon-Levitt who beats – and thereby humiliates – a very powerful man. He ends up getting roughed up because his opponent is a sore loser. While I enjoyed Joseph Gordon-Levitt’s performance, this story was completely pointless – but we’ll discuss that in greater detail a bit later.

Among the many things that Frank Miller does not understand, it’s linear story telling. In a typical anthology story, they usually stick to one story at a time, usually three or four stories with a beginning middle and end one after the other. However, in the case of this film, we have: a prologue that goes nowhere, a pointless story that takes a break half way through to show another story in its entirety, the second half of that story that has no satisfying conclusion, and what feels like the second half of a story that comes completely out of nowhere and feels completely tacked on. What results is a disjointed mess that nearly ruins what little semblance of a good movie was in this film to begin with.

The second story is the titular A Dame to Kill for storyline. This time, the story centers around Dwight McCarthy, played by Josh Brolin, who, if I’m not mistaken, may be the only actor to have acted in a comic book movie from Marvel, DC, and an independent publisher. I must say, of the three stories, this one is easily the most enjoyable. It’s still wrought with Miller tropes, but it features a somewhat likable protagonist, a brilliantly acted villain, and it’s the only story of the three to actually have a somewhat satisfying conclusion, at least compared to the other three.

I truly do not care for all the gratuitous nudity in this segment. Mind you, I like looking at Eva Green’s breasts as much as the next guy and it does tie in with her character being a manipulative seductress, but knowing the reputation of both Frank Miller and director Robert Rodriguez, this still feels like blatant exploitation. Also, because this is Frank Miller we’re dealing with, of course there are shotgun wielding killer prostitutes.

After the conclusion of A Dame to Kill for, we get the conclusion of Joseph Gordon Levitt’s story. After an awesome cameo from Christopher Lloyd, a women in refrigerators moment and a really dumb anticlimax of an ending, the story simply ends. This entire segment could have been cut for the film and no one would have noticed or cared. In fact, if all the other stories had been cut and the A Dame to Kill for segment expanded upon, the film would have been better off for it.

The final segment, entitled Nancy’s Last Dance, features Jessica Alba’s character getting revenge for something that transpired during the first film. Of all of the segments, it’s the shortest, least interesting, the least engaging, and the least developed. As I said earlier, it feels tacked on and unnecessary and Jessica Alba is a terrible actress as usual.

In closing, I do not think this film was especially good, but I hesitate to call it horrible exactly. If you can ignore the Frank Millerisms scattered throughout the film, you find a semi-watchable action film. If you’re a fan of Miller’s work, you may actually enjoy this film. If you’re like me and you think Frank Miller is a sexist lunatic with writing skills that make 5-year-olds look like Shakespeare, you’ll probably dislike it, but you won’t necessarily be repulsed by it, at least not in the same way you would be with something like Holy Terror. As a casual movie goer who’s just looking for a brainless action romp, you might have fun with this one, though I would not recommend full price. Stick to matinee showings or wait until it comes out on DVD or Netflix. All things considered, this film is bad, but I’ve seen far worse from both Frank Miller and Robert Rodriguez. 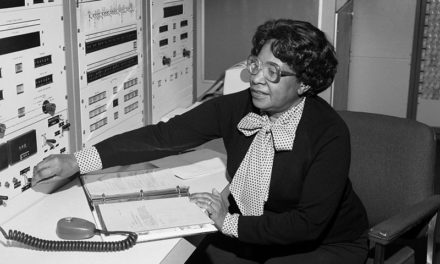