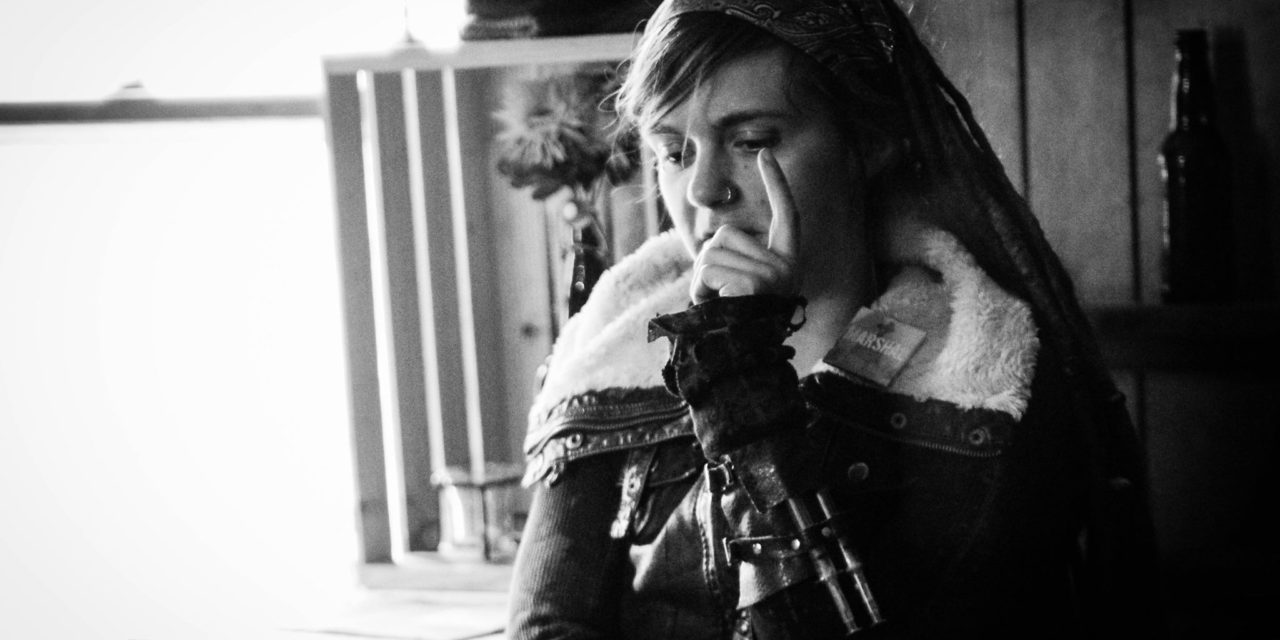 Working towards a more gender-neutral, interactive gaming environment, Ashley Zdeb has been LARPing for the past ninteen years and is the co-founder of Dystopia Rising and CEO of Eschaton Media.

Catherine C. J. Baxley: How did you first learn about LARPing and where was your first event?
Ashley Zdeb: I began hanging out with a group of people at the local Denny’s during our late- night forays for mozzarella sticks and coffee. After a few weeks of getting to know them and listening to conversations that I knew were technically in English but made no sense, I eventually I asked what in the world they were all talking about. So, they invited me to come to their next vampire larp, in Vernon, CT as a part of the OWbN network. Two friends rolled me a Venture the next day over a pool table, while I worked and I borrowed my moms prom dress for the )rst event. I made the, in hind site, smart move of not attaching myself to any of my friends characters and went into the game almost blind. I was very nervous, but thankfully had a good enough time to return the next month and many months after that.

CCJB: What is the best part about LARPing for you? Worst?
AZ: The best part of LARPing, for me, is the ability to not just step outside yourself, but be able to explore different parts of yourself in an environment that allows it safely. I’ve seen so many players who become more outgoing, sourish in musical skills, or improve their physical well-being. It gives you a chance to do that thing you might make excuses for otherwise and that’s the best.

As for the worst, I try not to focus on the negative, but the tendency to be self-segregated by the game you play and exclusionary to anyone who plays another has caused many problems over the years. I don’t support the idea that “my pretend is better than your pretend” and think the hobby as a whole would do very well to consider all other games neighbors rather than competitors.

CCJB: What has been the most challenging experience in-game (or IG)? Did it coincide with your out-of-game (or OOG) mentality?
AZ: Many years ago, there were months of long series of riddles and puzzles constructed by the GM of an old world Changeling game that was, as we have a term now, a massive ARG. Online aspects, pages of research into mythology throughout the world, real world travel to places in the tri-state area and hours of collaboration with fellow players. It was difficult, multifaceted, and tons of fun. I still have the binders of all the different pieces that we put together. I have a deep love of puzzle solving, organization and discovering new things. The plot tied all of those together and I still think of it as the likely high point in an all around excellent game.

CCJB: In what ways has LARPing helped you overcome significant “real-life” obstacles?
AZ: Running LARP is what I do for a full time job, for about four years now. LARP gave me an avenue to explore and discover my interest in running my own business and working for myself.

As someone who left high school in 11th grade, getting my GED about a year later, and has never attended college my potential options for long-term future were likely to be limited by the lack of a degree. Before opening Dystopia I worked a number of nondescript office jobs, answering phones, and managing office orders. Having the courage to take the leap and work on Dystopia shifted my life in a 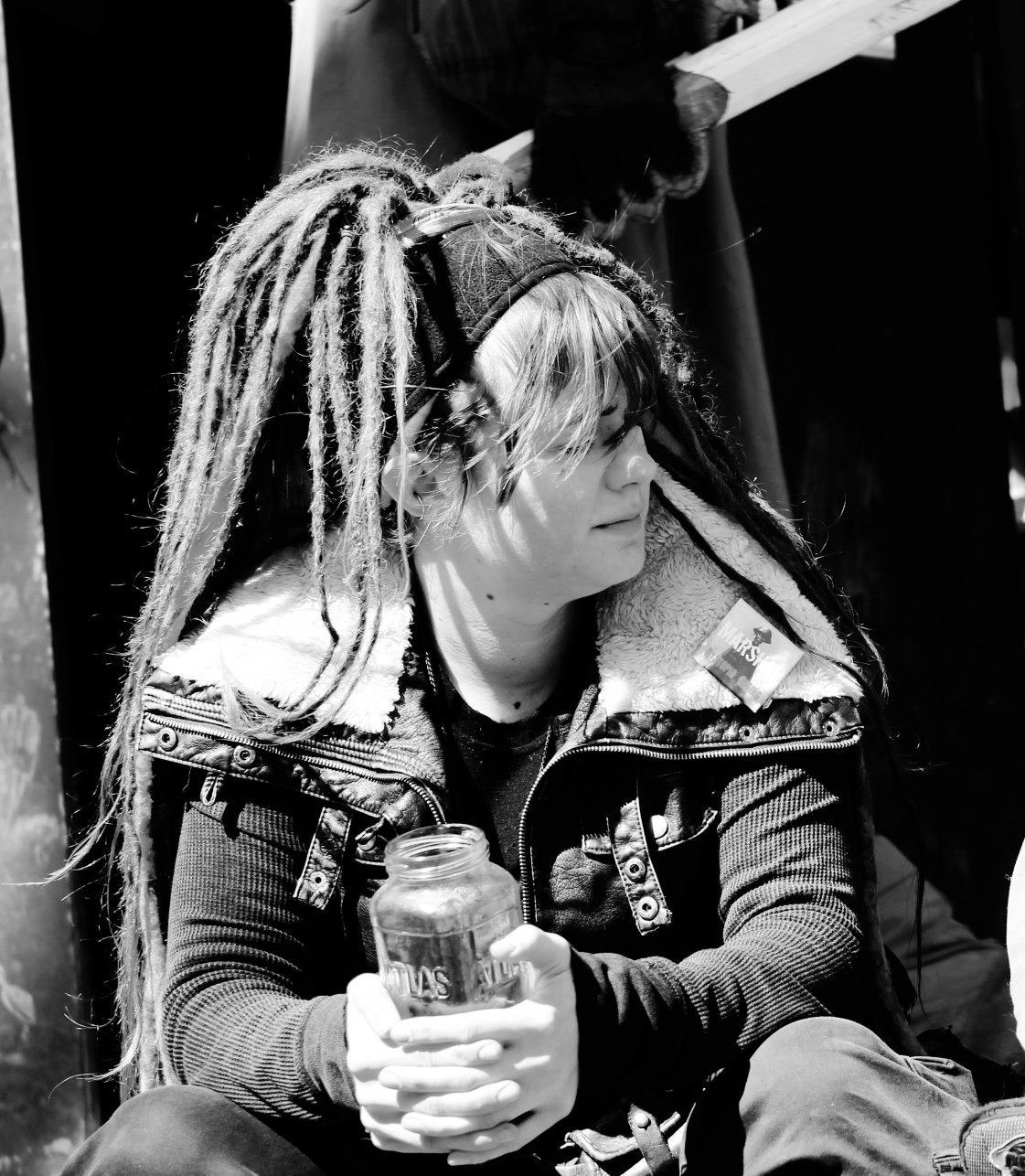 direction that would have been very unlikely to be available otherwise. I am where I am today because of incredibly long hours and a willingness to exchange my nights and weekends for the games to exist.

CCJB: What is like to run a LARP? What are the major obstacles that tie-in with such a responsibility?
AZ: Running a larp is much like other types of event management. I often compare a well functioning event to the Paper St House in Fight Club, in that it becomes a living, breathing entity. Compiling a solid team can be hard, but once you have it things begin to move almost without you. I spend a lot of time focusing on what we can improve next, what we’re already doing that can be done better and what new thing we can incorporate to move on to the next step. There is no manual for running a larp as a business, so it is both an obstacle and my favorite part that much of it is instinct mixed with some guess work.

CCJB: Tell us about your work at Eschaton Media.
AZ: I started Eschaton Media about five years ago with four friends. The goal was to have an outlet for the games and books that the team of us, with some others, had been creating and producing. These days, about fifteen publications in, we’ve begun looking at some of the next steps and seeing where we want to aim our focus.

As CEO, I manage the business side of everything for it, from contracts to conventions. It’s very different working with a team of creatives, both in house and freelancers, than it is working with the franchisees of Dystopia, but rewarding in different but equal ways most of the time.

CCJB: Now, working with both table-top and live action role playing – which do you prefer more?
AZ: While table-top can be a lot of fun, my passion is LARP. I will always be more excited to work on Dystopia Rising, Utopia Descending, and our other live action projects. Seeing an event come to life and run smoothly is my favorite part of the job.

CCJB: According to the 2014 LARP Census, the LARPing community is primarily collected of the men. Do you think this is a turnoff to women who are interested in participating?
AZ: I think it can be, but depends on where someone comes into the hobby from. There are games and networks out there, Dystopia Rising certainly being one of them, where the split is around 50/50. I think it’s also relevant what the break down is when it comes to the staff of the game(s). If there is an equal or better representation running games then a heavier male player base becomes less of a potential barrier.

CCJB: In your opinion, what is the biggest issue women face in LARP culture today? Why?
AZ: Involvement. I don’t believe in waiting for an invitation. Women and others have a long history of being under-represented in larp and I think its our job to not just put ourselves in those positions of game runners, storytellers and staff positions but to then make space available for others to join as well. But in the same that those already in the positions need to make positions open to the most qualified, regardless of gender or any other qualifier, women need to take that step. When reviewing applications for new Dystopia Rising branches, I actively look for teams that include at least one woman. But they are not the majority, especially on the storytelling side of things. I think it is because there has historically not be a welcome sign in the door for us to join. So while I think it is on the men in the industry and hobby to ensure their doors are open, which I see happening in many places, I think it’s our job to be willing to kick it open. And if we and somewhere that is not willing to let us in, then maybe we move in next door and offer a better product. People vote with their feet and their money and we have plenty of that power to bring everyone up to the same level. 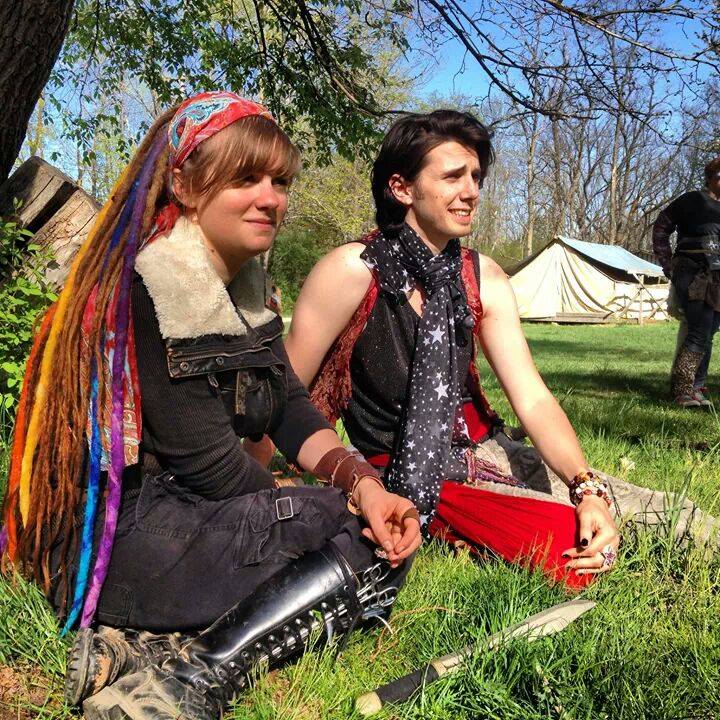 To apply to be interviewed for The Geek Initiative‘s LARPer Profiles, click here! 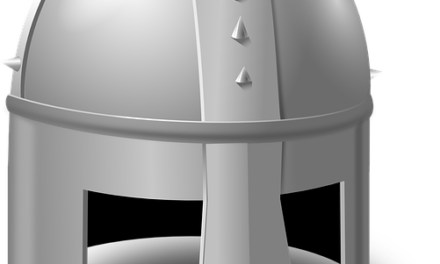 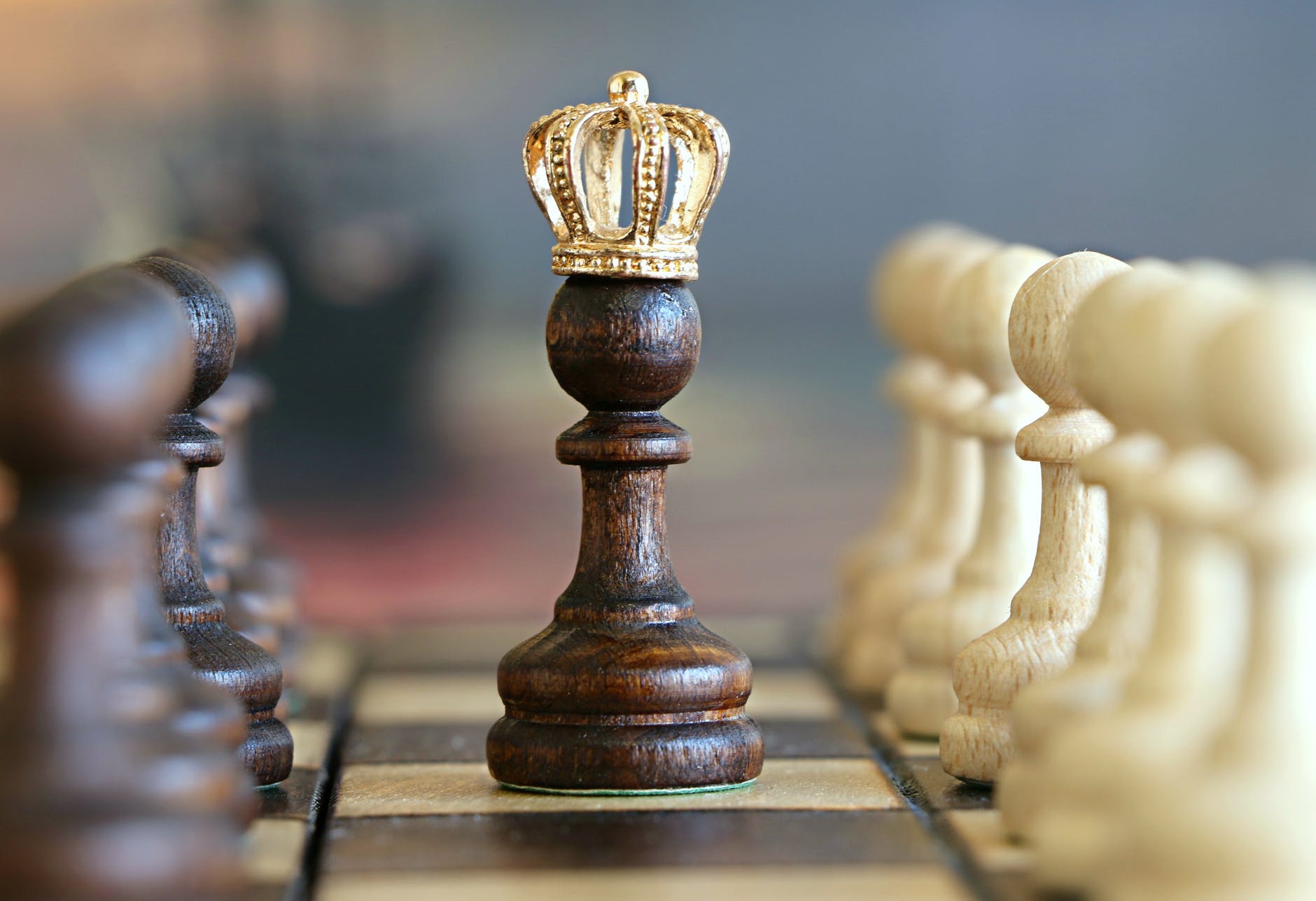 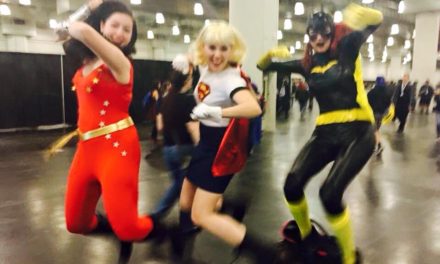