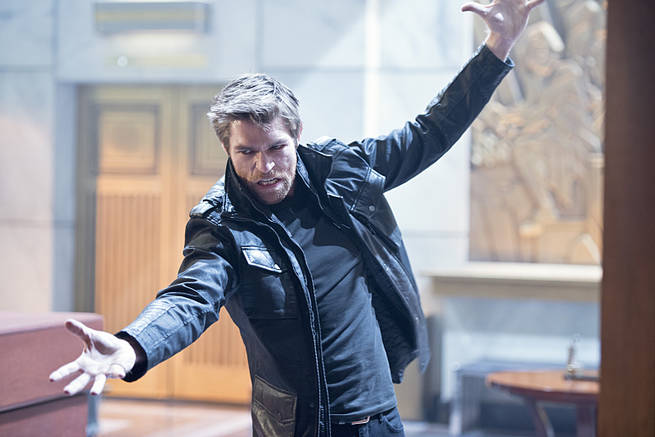 Contributor Paul provides us with a review to the most recent Flash episode, and gives his thoughts as well. 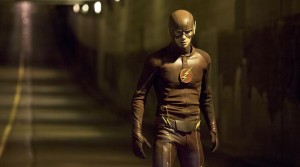 “…Will be to arrive where we started

And know the place for the first time.”

These are the immortal words of T.S Elliot from the poem Little Gidding. We begin the episode with a flashback to a year ago when Joe’s first partner died the night of the great storm. We first meet Liam MacIntyre of Spartacus who plays a character related to someone very significant. Even without powers at this point he looks bad ass.

We then flash forward to today and we see Barry and Linda on a date and Iris and Eddie on a date- at a bowling ally. When they run into each other Iris suggests sharing a lane. And once an eager Barry and a not-so-eager Linda accept, it’s on. This scene, as well as the entire episode, was extremely well paced and the acting was fantastic.

The Weather Wizard, whose real name is Mark Mardon and whose villain name Cisco comes up with, is hell bent on revenge for the death of his brother, Clyde Mardon. We first see him super powered in the coroner’s office. His use of weather powers was unique and fresh, as he beats a confession out of the coroner to find out who killed his brother. The Weather Wizard not only made storms, but uses ice balls and lighting offensively, and it was awesome and breathtaking.

Cisco and Wells have a father/son experience over some Buster Keaton movies. You can almost feel the emotional power of the pair and the scene come right through the television. These two actors have wonderful chemistry together. Neither character it appears has much of a family life so they have each other. However, things take a drastic change at the end of the episode.

Iris and Barry’s situation becomes complicated, to the point where even Eddie starts to notice. Eddie tells Iris he isn’t a fan of how she and Barry are flirting. Linda too notices that Iris is fawning over Barry and doesn’t like it at all. It feels like there is something brewing under the surface.

Iris has been playing the role of jealous lover for a few episodes now. Iris bluntly tells Barry that Linda isn’t the one for him. By the end of the episode things change permanently between Iris and Barry. How this all will unravel is yet to be seen, but any comic book fan knows they wind up together. The only thing that feels weird about Barry and Iris being together is the brother and sister angle the show has pushed.

In this episode, Caitlin Snow is used mostly as a chess piece, meaning she does not feature as prominently in this episode as she does in past episodes, which is too bad. She’s probably the most interesting supportive character on the show. Recently, Danielle Panabaker revealed that the show’s creative team is going to have her make a turn for the worse and become Killer Frost. She does make a big discovery at the end of the episode and finally her loyalty for Dr. Wells is shaken, perhaps shattered.

Two huge things happen at the end of the episode that shocked me. However, the previews of the episode for next week ruined both surprises. But at least it looks like the Weather Wizard will be back next week. The creative team took a very weak villain and made him not only powerful and bad ass, but deadly and terrifying.

Overall, I give this episode an 8 out of 10. The preview for next week prevented me for grading the show higher.

The Flash returns with an all new episode tomorrow night at 8/7c! 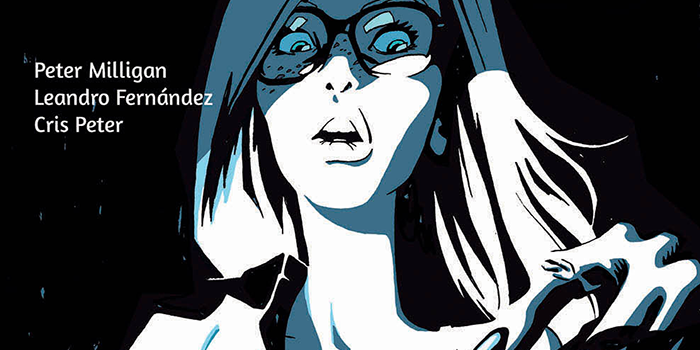 The Discipline #1 Disappoints in Execution 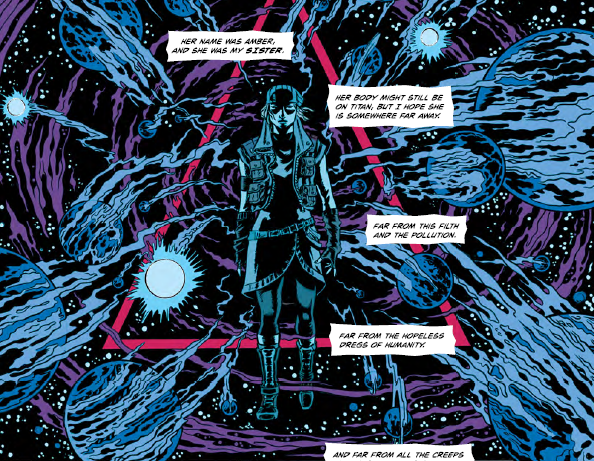 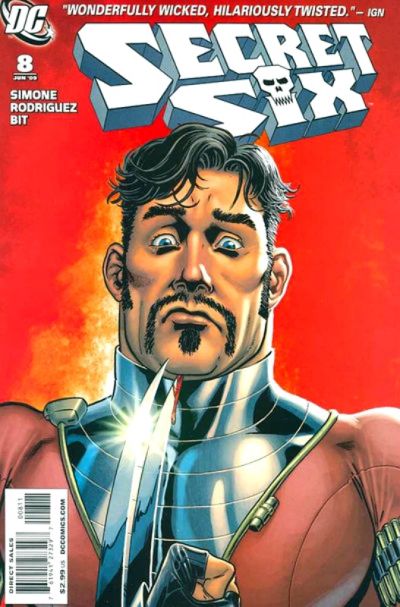